Washington was diagnosed with the tumor in summer of 2015 and underwent surgery in the fall.

This season, Syracuse’s men’s basketball team, which reached the Final Four, honored Washington by wearing orange warmup shrits with “Pearl” and his No. 31 inscribed in white.

“There was no better guy, and there’s nobody who has meant more to our basketball program than Dwayne Washington,” Syracuse coach Jim Boeheim said in January.

A flashy point guard, Washington played for Syracuse from 1983-86. He scored 1,490 career points — 25th all-time in school history — and averaged 17.3 points per game. He still ranks fourth in career assists with 631.

The Orangemen reached the NCAA Tournament in each of his three seasons, but never advanced past the second round.

Washington got his start playing on Brooklyn’s blacktop courts and at Boys and Girls High School in Bedford-Stuyvesant. He was named MVP of the McDonald’s High School All-American Game in 1983.

After Syracuse, Washington was drafted with the 13th overall pick in the 1986 NBA draft by the New Jersey Nets. He spent two seasons with the Nets, averaging 8.9 points and 3.6 assists. In 1988, he was selected by the Miami Heat in the expansion draft and spent one season there before being released.

Washington also was diagnosed with a brain tumor in 1996, which was removed.

He was pursuing his master’s degree in instructional design, development and evaluation when he fell ill last year. 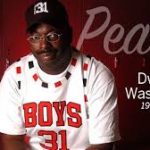 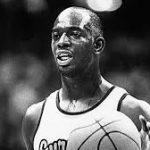 Just don’t call these consultants lobbyists They move government without having to disclose their activities. Call them clever, call them stealthy.